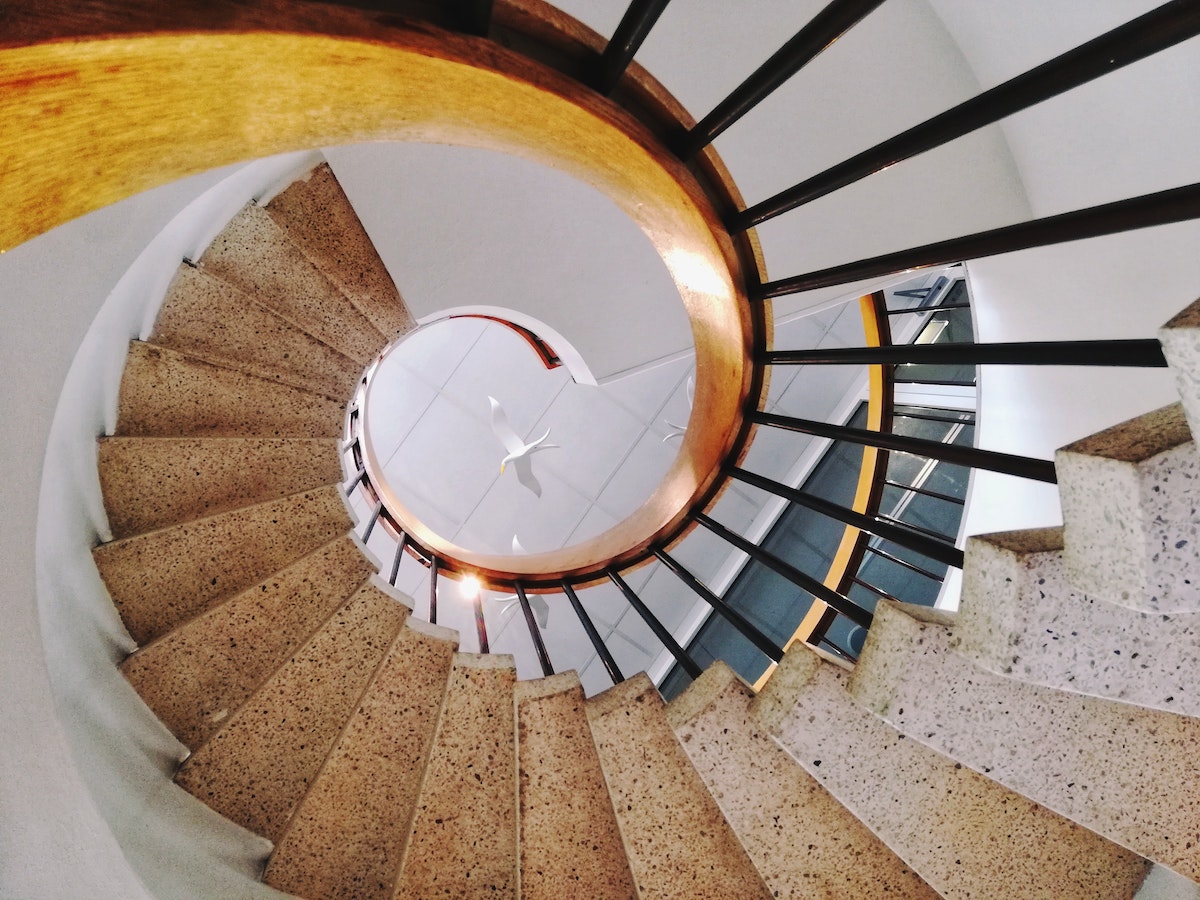 I asked that very question in a webinar for a client recently and I received the following answers:

Really? In the 21st century, is the definition of career progression really so traditional, climbing steadily upwards? I am surprised if it is. Here is why I’m surprised:

The world of work has changed

Jobs and careers have gone through few big shifts if you go back far enough. In the 19th century, most people worked in agriculture.

Later, in the industrial era, urbanization and rapid technological change created factories. And lots of people worked on assembly lines.

Then, the post-World War 2 economic boom created the middle class, suburbs, and bureaucracy. Corporations were born. And the industrial assembly line inclined upward into the corporate ladder. The word “career” entered the common lexicon. Career used to mean a life-long relationship with a company. You gave 30 to 40 years’, you climbed a corporate ladder and reached the top by getting promoted incrementally. And then you retired with a gold watch and a pension.

Things are different now. Things are in a state of constant change. These days, there is no such thing as a ‘job for life’. Whole industries have been created in the last few decades alone, with many set to disappear in the coming years. At the same time, attitudes to work are changing. Younger generations increasingly reject the predictability and stability of traditional career progression. Instead, they want a more varied, interesting and flexible one.

Signs of success have changed too

Twenty years ago, progress in a corporation was not dissimilar to progress through education. You had fixed milestones and if you met the requirements of those milestones you got rewarded. In school, you pass exams or an assessment and if you pass you go up a year. Eventually, you reach the top, pass an even bigger exam and get awarded some form of national recognition. In the UK, we have GCSEs and A Levels. After school, you might go to university and the same pattern is repeated. At the end of the year, you pass an exam or assessment and go up to the next year.

Eventually, you reach the top, pass an even bigger exam and you achieve national recognition in the form of a degree. So, in school we became used to incremental promotions as signs of our success and progress. And until 20-30 years ago, that pattern continued when we joined the world of work. In some professions like law and medicine it still does. And in that world, managing your career is still like climbing a career ladder, one rung at a time.

But in many organisations that is no longer the way careers progress. During the late 1980s and early 1990s, large organisations started to downsize, flatten, and restructure.

If ladders still exist, they are harder to see and tougher to climb

As companies thinned out, leadership positions disappeared, and the career ladder started to break. Some rungs disappeared, and the space between others shifted from steps to leaps. And the world continues to change. The ladder, if it’s still there, may be harder to see and tougher to climb.

So, why do we still believe in them and yearn for the career ladder? Well, maybe because that’s what we’re used to and were brought up with in school. Maybe because we like the idea of certainty even if the reality is quite different.

Flattened organisations and limited career ladders don’t spell the end of growth or career development. Opportunities are there – different and varied – but very much there. But we need to think and talk about them differently.

We need to talk about career development differently

The Oxford English Dictionary defines the word “career” as a person’s “course or progress through life (or a distinct part of life)”. In fact, the word “career” derives from Latin “carrus”, referring to a chariot. So, instead of a ladder, we can think about our careers as a range of experiences – large and small – that come together to shape a career journey.

When we think about our career development as a journey rather than a ladder it shifts our thinking:

Celebrate the freedom and autonomy you now have not to conform to a pre-programmed path that someone else designed. Yes, the loss of a predictable career makes it hard to form plans for the future. But it also allows opportunities for you to change direction and explore new options. Rather than a rigid corporate ladder, we now have a career landscape. Instead of following a set path you’re navigating the changing world around you.

Become more flexible in preparing for and adapting to career changes. With this new need for people to take more responsibility for their journey, career management has become even more important. Now, career success depends not on one big decision in your 20s, but on relentlessly learning and trying new things.

Recognise that this is not new. Unless you have been working for more than 30 years, you have probably never had a fixed career ladder to climb. It used to be that your job or career was fixed, virtually for life. But that was a long time ago.

Identify the strategies that have helped you navigate a changing career landscape up to now. Reflecting on your career is likely to show that you have coped with ambiguity, tension and change very successfully before now.

Focus on employability and enjoyability

For all the reasons above, I encourage you to stop defining career progression in terms of jobs and promotions. Instead, I recommend you focus on employability and enjoyability (yes, it is a real word!) You are the only one who can define what success looks like for you. So, take ownership for deciding where you want to go and exploring all the different options for getting there.

If you are focused on developing your own career, it is worth reflecting on the following questions. If you are a manager empowering your employees to develop their career, why not ask them the questions:

The world has changed. And so have careers. It’s time to talk about them differently. 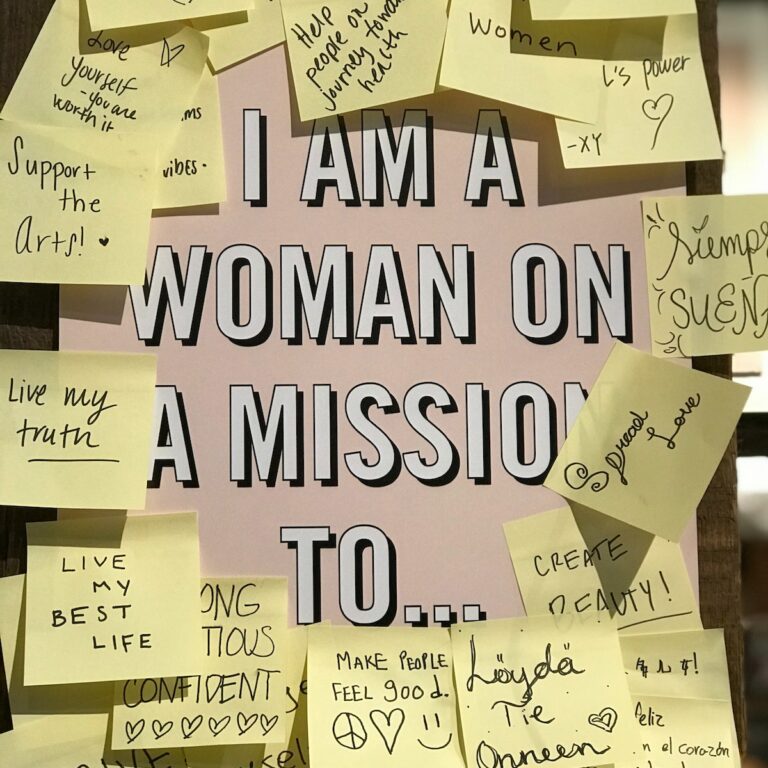 It’s easy to get caught up in our careers. We feel pressure to look perfect. This is the third – and final – post in our series on Career Burnout. Our first post covered 11 Signs to Watch Out for When You’re at Risk of Career Burnout. Our second post looked at The Top 3 Possible 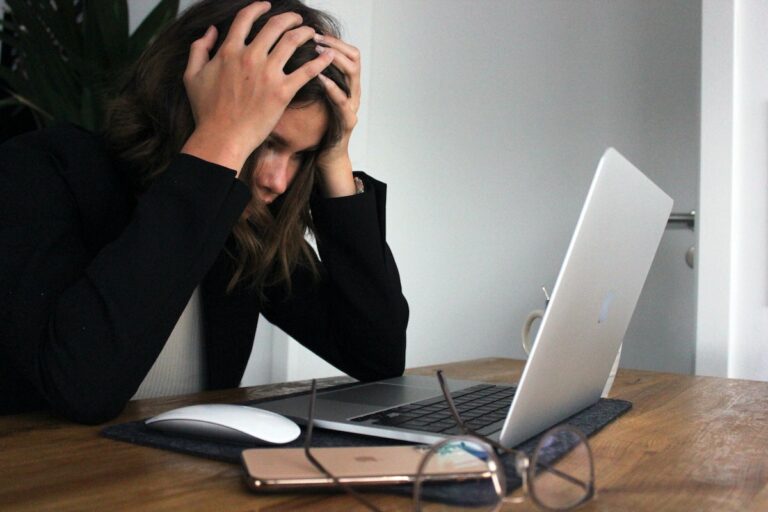 Have you ever wondered why you feel burnt out at work? Ever sat back at the end of the day and thought – what am I doing with my life?! You may be experiencing career burnout. This is the second in our series of posts about Career Burnout. Our last blog post was 11 Signs